If you were to look up contemporary vs. modern in the dictionary, you’ll find they mean the same thing. This is technically true when they are used as adjectives. However, when it comes to their use in interior design, there are some key differences.

Minimalist is another a word often thrown into the mix. But again, there is a clear distinction.

Of course, there is a lot of overlap between the three periods of design. But I’ll explain the simple differences between contemporary, modern, and minimalist design. This should make it easier for you to distinguish them from each other when talking about design.

Let’s start with talking about the differences between contemporary vs. modern interior design

Using the most straightforward criteria: modern design – which evolved out of the modernist movement – is from the early to mid 1900s, with its height in the 1950-60’s. Contemporary design refers to the design style of the here and now.

We can clearly define modernism and its aesthetic components. Contemporary, on the other hand, is less straightforward since it is currently evolving.

So now that we have a basic understanding of the differences, let’s dive into each of the design styles more deeply.

What is modern interior design?

Out of all the styles, modernism came first.

To understand the main tenets of modern interior design, it’s helpful to know what came before it. Preceding the modernist movement, overly ornamented interiors were popular. Modern design was a conscious break with this.

The goal was to simplify. And the motto was “form follows function.”

The easiest way to spot modern interior design is the clean, straight lines, with a focus on both vertical and horizontal lines. And these clean lines are highlighted with a lack of of ornamentation. Overall, it’s a “clean” look.

There are a lot of natural materials, however since it was coming into its own during the industrial revolution, modernism also has lots of manufactured materials like steel, iron, etc.

In terms of the color palette, you will often see mostly neutral palettes, with small color accents here and there. However, mid-century modern is a sub-style of modernism, and you may tend to see more color in MCM.

Another small detail that really adds to the clean aesthetic is that furniture is often raised off the ground. This adds to the perception of a lot of negative space.

What is contemporary interior design?

By definition, it is constantly evolving.

And that’s one of the main differences between contemporary vs. modern interior design. Whereas modern design has a more specific and defined aesthetic, contemporary design allows for a lot more fluidity. It’s influenced by the current context, so it ends up being a little bit more eclectic. This kind of design takes into account different cultures as well as technology developments in materials.

You will also notice a lot more curviness in contemporary design. Things like archways and sculptural shapes are common. This contrasts with the really straight, harsh lines in modern design.

Another major component to contemporary interior design is sustainability.

This is, again, a reflection of the current context. Sustainability continues to be a major consideration in all industries. Sustainable aspects in design could be as simple as large windows to capitalize on natural light. But often sustainable choices in materials and energy systems are a consideration in contemporary design.

Want to know more about all the interior design styles? Click here

What is the overlap between contemporary and modern interior design?

Contemporary and modern interior design aren’t used interchangeably for no reason. And it’s more than their dictionary definitions being the same.

Both design styles are calm and neutral. There is a lack of ornamentation. Although contemporary leans slightly more decorated, both styles have a focus on function.

The materiality is another big similarity between the two styles. Material is brought to the forefront in both modern and contemporary design. This is one of the reasons that accessorization is so minimal: the material shines. Wood, glass, metals, and acrylics are common. The only caveat is that contemporary design has slightly more natural natural. This is an effect of the focus on sustainability.

These similarities are enough to cause some confusion, but when you know the background of both styles, the distinction should be clear.

So what about minimalism?

The minimalist vs. modern question is another dilemma that pops up often. This mixup is perhaps even more common than contemporary vs. modern.

And this is because a stripped down, minimalist aesthetic is at the core of modern interior design. The main distinction here, though, is that modernism came decades before in the 1980’s. So modernism is the precursor for minimalism.

Another easy way to think of the differences is that minimalism takes modern values to the next level. While modern interior design is stripped down and minimalist, minimalism is the extreme. Minimalism is about simplified living spaces and essential functions. The goal is that there’s nothing else to remove in order to improve the space. These values draw a lot of inspiration from traditional Japanese interior design.

Minimalist interiors are also highly meticulous and calculated. Lines are even harsher and starker than in modern design. A lot of these lines draw inspiration from basic geometric forms.

Repetition is another major theme. This contributes to the sense of order.

So overall, the difference between minimalism and modernism is that extreme to which they take the simplicity.

Want to learn more about all the interior design styles?

If you’re ready to jump down the rabbit hole of interior design, look no further.

I put together a post going over the 20 most popular interior design styles. I’m talking about what inspired them. I’m talking about the key design features. And I’m including recommendations for pieces you can buy to bring the style to life in your own home.

get the what’s what on all the interior design styles

Want to know more about where interior design trends come from, who decides them, why some stick while others don’t, and how to apply them while maintaining your own personal style? Check out my complete guide blog post. Pantone color of the year 2022 in interior design: Very Peri 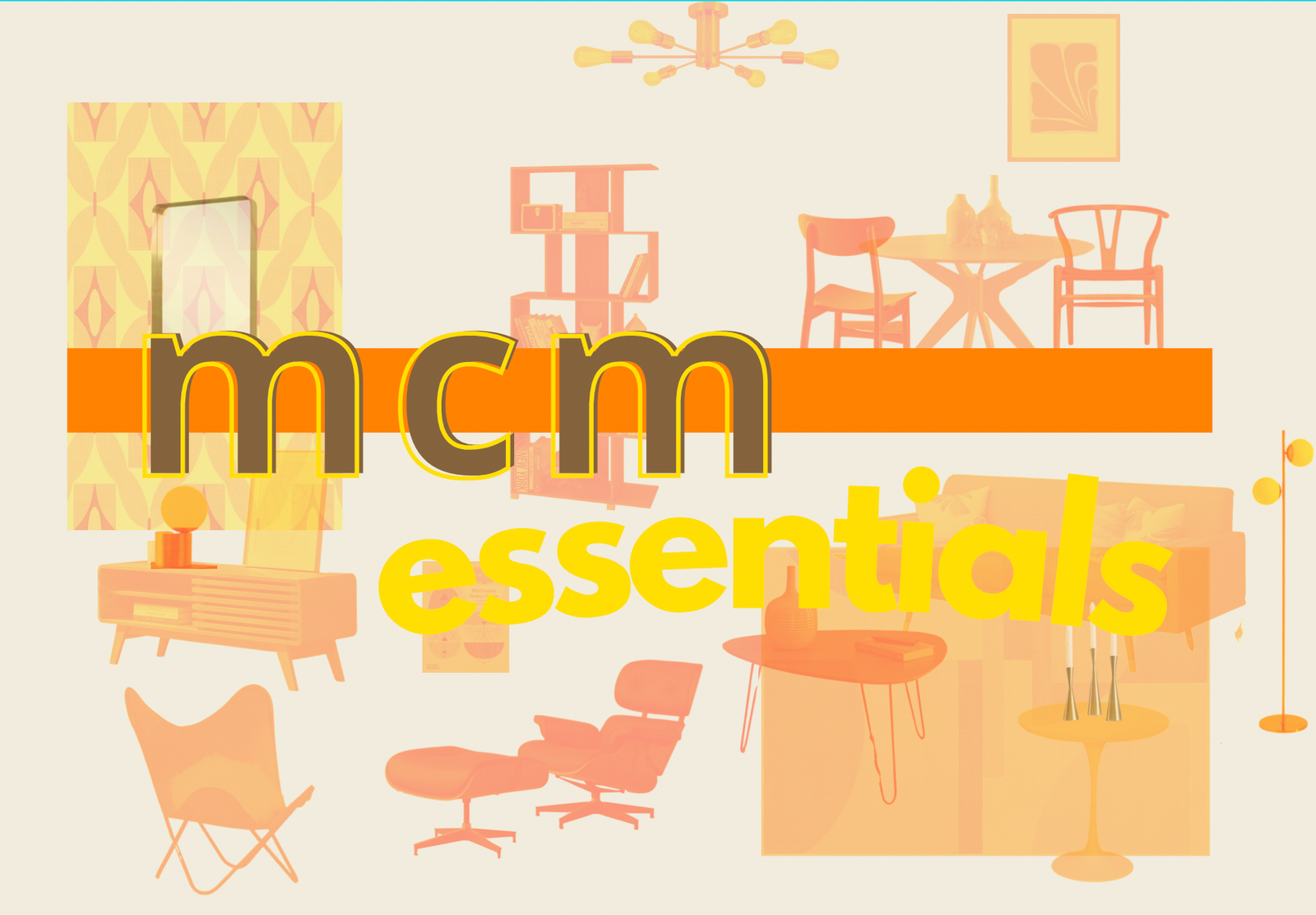 What is Mid-century Modern interior design? – Everything you need to know